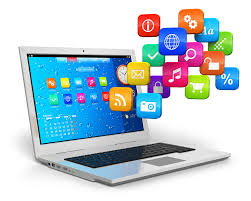 Since the cell phone gadgets have come into existence it has got immense fame in the people of the world. When these cell phones connected to the internet it provides users to such technological creatures that have changed the course of using the smartphones through social media websites and apps. The social media websites and apps are Facebook, Tinder, Line, Vine, Instagram, Snapchat, Yahoo, Whatsapp and plenty of others alike. Initially users use these social messaging apps for the sake of fun because every new thing fascinates and attractive for the user.

On the other hand with the passage of time, the use of these instant messaging apps becomes the obsession. Obviously, the excessive use of anything becomes the obsession, so when teens spend all day long on the messengers they become obsessed with the social media apps. Teens can send and receive text messages, social media activities, make calls audio and video and voice messages. They further share media files such as photos and videos and can do chat conversation and sent and receive emoji and stickers. Young teens are the most frequent users of the instant messaging apps and they usually got social messaging apps addiction.

The online bullies are present everywhere, in the real life and as well as online world. Real-life bullies make the young people victims in real life and on the other hand cyber bullies chase young teens on the social media platforms. In short they have made social networking account and chase teens on online media platforms. They chase innocent and young teens in the online world and send them sexual explicit language and harass teens for no reasons. They just do fun and adventure and also use abusive language with the young teens to humiliate them. The results are the same teens that bullied online and the real-life world. Parents should use an app to put off cyber bullying in young teens.

You may have seen players that always want to have an opposite gender, similarly the cyber world that allows young teens to make social messaging apps accounts. On the other hand, the stalkers also have their social accounts on all the online networks. They chase young teens by sending them text messages and then make them friends and ultimately ask for real life dating. Once a teen got into a trap of real-life date, stalkers fulfill their needs and then turned towards the next target or they already have worked on plenty of young teens.

This is a very alarming situation for the parents these days. Because teens in the vast majority are using the instant messaging apps and dating apps and they are doing all these things for the sake of sexual hookups for sexual needs. It means the social media apps are spreading sexual arousals in young teens excessively.

The predators have made the social messaging apps as their epicenter and they always want to trap young teens because they are the very soft target for them. They send teens messages initially and they have the conversation online through the online media apps. They make teens their online friends and when they have won the complete trust of the teens they invite at some place in the real world. That’s what actually they want and when teens got into the trap and commit them to the real life. They may rap teens with other men and teens sometimes lose their lives in such cases.

The excessive use of social media apps may put teens into plenty of health issues such as depression, anxiety, psychological disorders and plenty of social behavior problems in their lives. They may don’t want to have interaction with the family members and as well as to their friends and they finally got weight gain and muscle issues spending too much time on cell phone screen.

How to protect teens from social media obsession

User just need to send a push notification on the target cell phone device with the help of spy 360 live streaming camera on the target device and once it’s received on the target phone it will start camera streaming live and the user will be able to see the text messages activities, IM’s social media activities, shared media files in the shape of photos and videos. Users can also see what sort of conversations teens are doing and to whom they are sending and receiving messages. On the other hand, parents will be able to see all the inappropriate websites visited by the teens to the fullest.

Parents can see what makes teens obsessed with the social media apps and they can protect teens through live camera streaming.