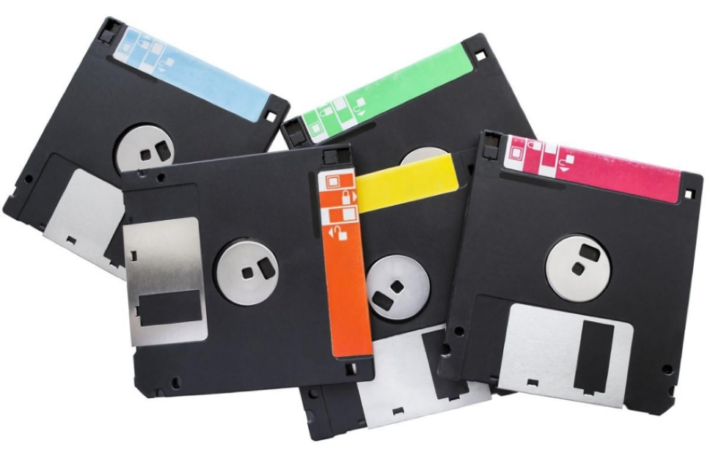 Data storage is a part of most people’s daily lives. Computers and phones are so ingrained into our lifestyles that we shudder to think of how we would survive without them. Not too long ago, we didn’t have the cloud or streaming capabilities. Thumb drives, CDs, floppy disks, came and went relatively quickly – or at least out of fashion within decades. These devices can all still be used, but many laptops, for example, don’t even have a CD/DVD drive anymore. The lives of individuals and the capabilities of corporations and small businesses has changed so much because of data storage innovations, including our need for increased security and data destruction measures.

Below is a brief history of the upgrades in our personal storage systems, at least since home computers became common. It’s important to note that as storage changes and old devices and disks become obsolete, it’s necessary to properly destroy and recycle them. Part of any successful company’s data protection and security strategies involve regularly and securely destroying sensitive information of employees’ and customers’ – in fact, it’s required by law. Hiring an accredited company like Absolute Destruction & Recycling is a pivotal step for properly maintaining data storage systems. Those floppy disks, CDs, and even thumb drives might not be of use to you anymore, but your personal information can still be accessed by the wrong people with the right means.

Our recent storage technologies owe much to the invention of magnetic tape in the late 20s. In the following decades, cathode-ray tubes and Selectron tubes came along, followed by delayed line memory, magnetic cores, and hard disks. Jumping ahead to when home computers became common in the 80s, we had the CD and CD-ROM (Compact Disk Read-Only Memory). Though CDs were used to listen to music, CD-ROMs were a small, thin, easy way to store data that were popular for a few decades. Around the same time, in 1981, 3.5” floppy disks were an upgraded version of the larger 1975 version. The 3.5”s were smaller and more durable and would continue to be used into the mid-2000s. Several years later, in 1989, DDS (Digital Data Storage) became a format to store data on magnetic tape but it was not as commercially popular as floppies.

Some other data innovations of the 90s included the MOD (Magneto-Optical disc), MiniDiscs (popular for music and audio recordings), DLT (Digital Linear Tape), Compact Flash, and Zip drives. In 1995, came the DVD, the larger capacity relative of the CD. In the mid-90s we saw the rewriteable CD (CD-RW) that allowed data to be written over previous contents. In the late 90s the Multimedia Card with its flash memory came along, and1999 saw the arrival of the USB Flash Drive that could be plugged into a port in home computers. Its small size made it easy to transport and pass off to share media and data with others.

The 2000s brought us the SD (Secure Digital) card and faster file transferring. These were handy for our portable devices like digital cameras. Blue-Ray for high definition video and data storage and xD cards were also invented in the early-2000s, and recently arrived they are the HD-DVD and holographic technology methods. We currently widely use the cloud for our modern storage needs and store and share data in virtual servers for our streaming entertainment, back-ups, file sharing, social media, and other needs. What will the future of data storage hold?

As fast as technology moves, always remember to properly dispose of your old devices and have them recycled by a certified data destruction service.