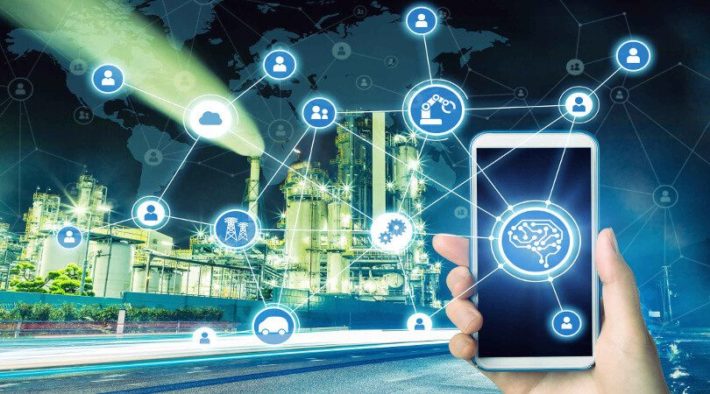 While it is a bit early in the game to predict just how far this trend will go, it is certain that it will have some type of impact on the industry. Many companies have already found uses for robots in some capacity.

The ultimate goal with construction companies in relation to artificial intelligence is to make construction sites safer for humans and more efficient. It will also allow the collection of data which will give companies the opportunity to assess and meet the needs of labor.

Predictions have said that the effort of bringing in artificial intelligence will eventually lead to allocating more resources for building the necessary capabilities to see improvements in the construction industry.

Sensors In The Construction Zone

These sensors would be used to monitor all of the onboard systems on a fleet of a construction company’s vehicles. The sensors will make sure that everything is working as it should and within the normal range that it should be in, and management companies will need to work with expert JD Edwards support companies to keep network systems running smoothly.

If there are any issues, supervisors would be immediately notified before they potentially become majorly unsafe issues. This will help to prevent equipment being down for extended periods of time and the company losing money for repairs and down time.

While there have been some major improvements regarding worker safety over the past 20 years, construction is still one of the most dangerous professions in the world.

Of course, physical injuries and being struck by heavy objects are a great part of the risk, there is an equal risk of things like heat exhaustion. Artificial intelligence has become an essential part of keeping workers safe from a training aspect, all the way to working in the field.

There is equipment such as smart helmets and vests that are used to measure biometrics such as body temperature and heart rate. When these reach an unsafe levels, workers are alerted. Artificial intelligence is also being used to detect unsafe worker behavior, alerting supervisors of any possible issues.

When it comes to training AI is being used in the training sessions of workers. It has the ability to simulate real world scenarios and then guide workers through the best way to handle them.

One of the biggest problems with construction is a shortage in laborers. The lack of talented workers has posed a great threat to the construction industry. For this reason, it is of utmost importance to retain the talent that is there.

Artificial intelligence can draw so much information when it comes to potentially hiring people. The AI can gather data  and even identify potential leaders.

With AI, the longer it gathers data, the more useful it is. Initially the artificial intelligence gathers all of the necessary information. That information is then gone through by machine learning algorithms that allow it to learn from any mistakes and come up with potential outcomes after running through millions of different potential scenarios.

The industries of engineering and construction are worth more than $10 trillion a year. However, the industries remain under digitized. Over recent years, the focus has begin to shift to more technological friendly solutions including the use of Artificial Intelligence.

It is expected that in the near future, the proliferation of AI into the construction world will be a bit modest. Once people start seeing the benefits, they are sure to catch on and then we will see a greater boom.

As many are making good use of AI, those who have not yet caught on can no longer afford not to. Other industries have already caught on in big ways and we are certain that construction and engineering will not be far behind.

The market barriers are lowering, therefore increasing the abilities of AI methods throughout the industry. Currently, the advances are seen as mid to long term but they are already having an impact on the future eco system.

The Future Of Construction & Advanced Systems

They should firstly look into AI powered applications that can begin benefiting their company. Naturally, some of the impacts will be far stronger than others. The key is finding what works best for each specific company.

AI offers project enhancers which will decrease downtime. They can project the need for equipment and supplies and have it ordered ahead of time so that it is ready when needed.

On many construction projects, down time is a huge factor that costs the company a lot of money. AI can aid in reducing this downtime with the use of preventative maintenance and planning.

While the cost of initializing artificial intelligence can be a bit much, it is certainly worth it in the grand scheme of things as it saves money in many other ways. AI is not meant to replace labor positions but rather to enhance them and make them more human friendly and safe.

As mentioned, many company’s have not yet caught on to the trend. We project that in the coming year, many will be catching on to the trend and making big moves for their company. Increases will be seen across the board.